Transdata subject matter experts assist our clients evaluate, create and implement their cloud strategy, ensure that any cloud migration is seamless as we guarantee 100% continuity of your business and its increased productivity.

Be it a hybrid cloud or reinvented networks and workplace experience – Transdata to maximize your company’s clouds benefits!

Companies engage Transdata Cloud Services Suite™ to secure innovation, intelligence and value of their business. Transdata is making this real because:

We know Cloud.
We know how to help you get utmost of it

Not only that we focus on helping clients to design, implement and maintain intelligent private, public or hybrid cloud solutions, we help our clients maximize business value and drive innovation.

With deep industry expertise and more than 300 comprehensive cloud projects delivered, Transdata is a one–stop IT shop that navigates many paths and helps to unleash the potential and value of Cloud.

Cyber defense and IT security

Our service-centric delivery platform helps companies such as yours concentrate on your core business, not the IT. TransData guarantees access and control of your infrastructure, real-time data transparency, operational and business systems data on-demand.

TransData’s primary focus is to provide redundant connections to a range of network carriers worldwide. Through this, we ensure reliability and uptime along with the lowest possible latency and highest possible throughput to Europe, North America, Asia, and Australia.

TransData and its entire staff is committed to provide our clients with a consistently excellent experience. It is not enough for us just to be exceptional data management and Cloud experts, who deliver technology solutions to your business. We know we have to move as quickly as your business moves, predicting and adapting new technology trends. We have to communicate clearly and deliver even on the strictest SLA. We have to be sensitive, dynamic and responsive to your needs. And yes, in order to achieve all this, we need to understand your business as well as we understand our own. Here is our pledge to you.

We understand the importance of cost savings, so we charge a fair price for the services you need. We only employ the right people, and the right number of people. We will let you know when we are not the right choice for a specific technology demand that may be handled in a more cost–effective way through a commoditized, publicly available generic service, and will recommend service outside of our company who can help best, based on your budget.

Each and every employee of TransData will act with a sense of urgency at all times. Even if we are still working on the incident, we will get back to you promptly to let you know the status.

Each and every employee of TransData will act with a sense of urgency at all times. Even if we are still working on the incident, we will get back to you promptly to let you know the status.

We are committed to become an extension of your IT organization, working in-sync with your team, up-to-speed on your company and your industry. Our team is enthusiastic about our clients and helping their businesses. 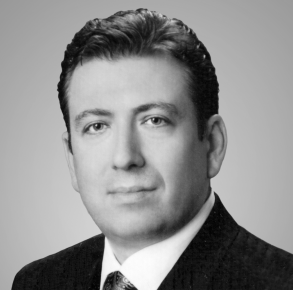 Mr. Du’Buque serves as Transdata Group’s Managing Partner and has overall responsibility for the company’s global strategy and operations. Vlad has over 25 years of experience in the IT industry and has held positions in a variety of functions including corporate development, sales, and solutions delivery. He has a strong track record of driving growth and creating value at technology companies.

Prior to joining IonIdea as its CEO, Mr. Du'Buque served on various Board of Directors, including Prognoz Corp., global BI and Advanced Analytics vendor. Vlad was the Managing Director and Sr. Adviser to the Country Managing Director in Accenture. In parallel to his position with Accenture, Mr. Du'Buque was the Advisory Board member at Mobiliya, a Silicon Valley agile mobile technology provider, and served on BoD at Technoserv A.S.

Also, Mr. Du'Buque was the Deputy CEO at I.T. Co. and concentrated his efforts on creating Centers of Excellence for the banks on or around automated banking systems implementations. This OEM-centric approach evolved I.T. Co into a leading technology solutions provider in the rapidly growing ABS space.

Before joining I.T. Co, Mr. Du'Buque served as the EVP of Optima Group and CEO of Optima Software, where he secured and orchestrated direct multimillion dollar contracts with natural resources companies, and the banks. While directing and overseeing work of over 2000 IT professionals in multiple geographical locations, Du'Buque worked closely with CEOs and CIOs of US and EU leading natural resources companies and BFSI organizations.

Prior to Optima, Mr. Du'Buque established and successfully ran EPAM’s low-level and embedded engineering practice in the USA, simultaneously working on complex ERP-related deals. He was responsible for driving EPAM's expansion into new verticals and professional services organization as well as.

Vlad graduated from the Southern Methodist University in Texas. He also holds a master’s degree in Economic Journalism from MGU. 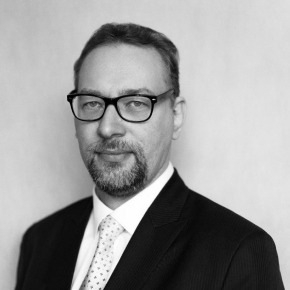 Michael Jacobsen is the founder and CEO of TransData AS. He has over 25 years of experience both as a technician and as a leader in telecommunications and IT markets. He was responsible for IT Security as a group leader of IT Security Division in Manpower Group for Scandinavian region.

During his years as a senior IT Security consultant in the Norwegian company “Mnemonic” he was involved in various projects and system implementation tasks for customers within the finance sector, oil industry and the Government in Norway.

His skills as a technician were highly demanded and appreciated in these projects and implementation assignments.

Michael Jacobsen is often called “Mr. Magnet” because of his unique ability to attract top expertise around him, and make people work together. He sets the example for his teams how top-level technical expertise and knowledge valued in Transdata AS. Michael Jacobsen currently holds several technical & management certifications, such as 2 x Cisco CCNP, Checkpoint CCSE, VMware VCP-NV 2020, VCP Datacenter, VCP Desktop & Mobility, MCSE and ISACA CISM.

Transdata has full focus on IT Security and compliant with GDPR and ISO 27001:2013 standards